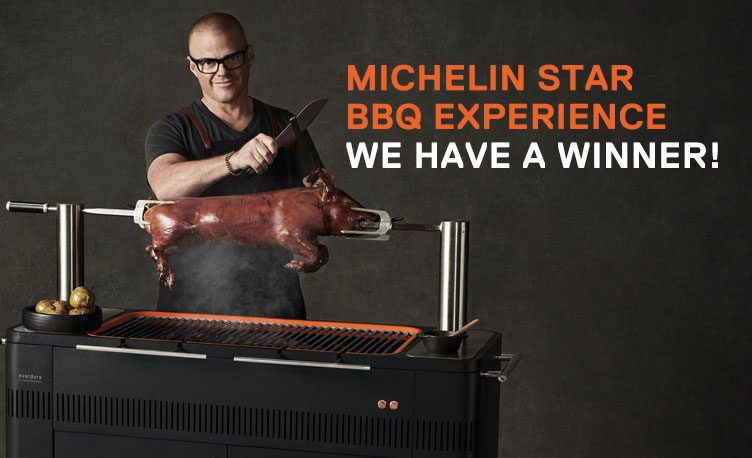 This summer we gave customers an opportunity to win a Michelin Star BBQ Experience at home. Chefs from Heston Blumenthal’s Fat Duck Group will cook a unique meal on an Everdure BBQ for the lucky winner and 10 friends. The competition ran in retailers stocking the Everdure by Heston Blumenthal range over the summer. 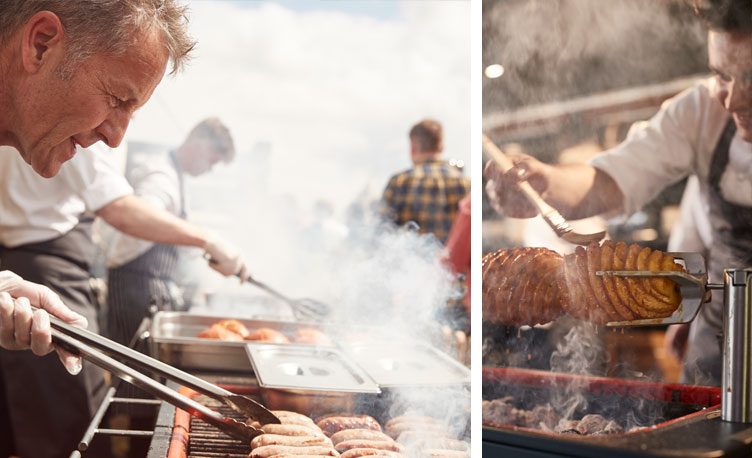 In 2017 Heston launched the Everdure by Heston Blumenthal BBQ range in the UK. The range of charcoal and gas barbecues are designed to make it easy for anyone who enjoys outdoor cooking.

Who better to re-imagine the barbecue, than a chef who inspires millions.

And the winner is…

The submissions for the competition have been collected and a name has been picked. We are excited to announce that the winner of the Michelin star BBQ experience in their garden is Alison Walsh. 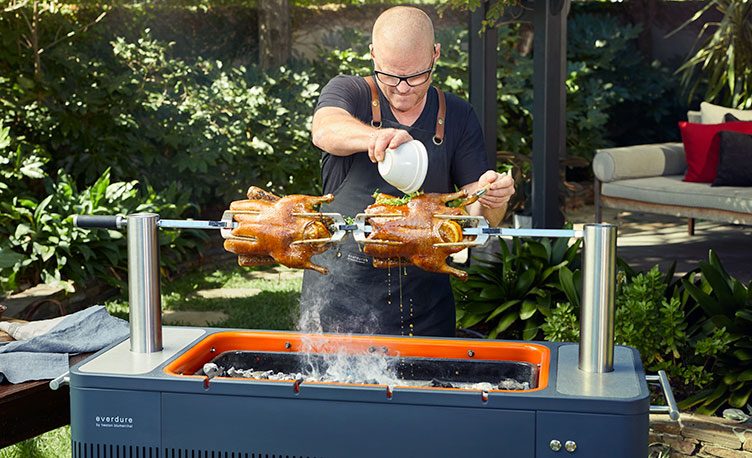 Members of the Fat Duck Group will visit her house for her very own BBQ experience, cooked on an Everdure HUB charcoal BBQ. Congratulations Alison and we hope you enjoy your experience.

For inspiration on how to cook like a Michelin star chef, there are plenty of BBQ recipe ideas on the Everdure by Heston Blumenthal website to try at home.