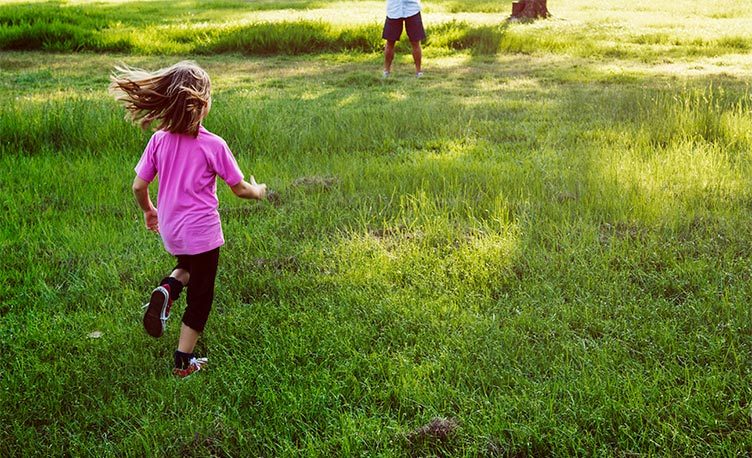 The long Easter weekend is the best time to get into your garden. There is no better time to roll up your sleeves and make your outdoor space beautiful.

Here are some gardening tips to improve your outdoor space this Easter break.

Mowing the grass becomes a weekly job at the end of spring and if you haven’t already, the Easter weekend is the perfect time to start. Cut the grass to an inch and trim the edges with a half-moon tool.

Repair lawns and re-seed bare patches in March or April. Using fertilizer gives grass that lush green appearance. Spike the lawn for drainage and to let the roots breathe. 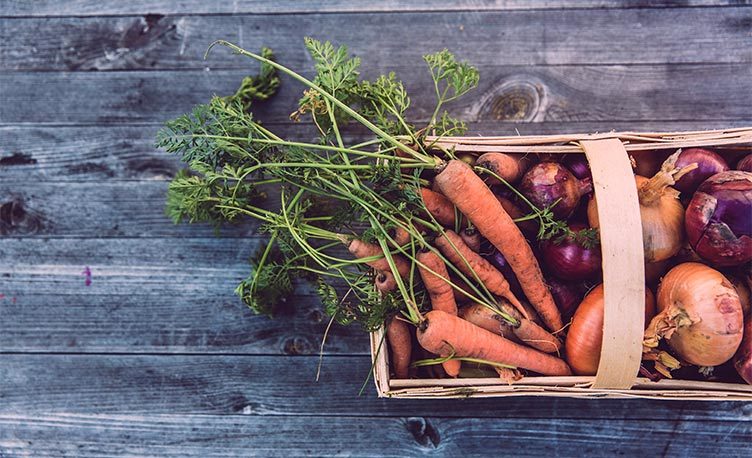 Carrots, cauliflower, peas, and potatoes should be on your list of vegetables to plant in April. Sow tomatoes from seed and prepare for the incoming rhubarb stems. Plant summer-flowering bulbs in pots and borders (3 times their depth), throwing away any bulbs from the winter that have rotted.

Introduce kids to the fun world of gardening, taking your children or grandchildren to your local garden centre to buy some seed packets. Show children how to sprinkle the seeds onto well-drained soil in sunny spots in beds and borders. Then rake the seeds into the surface. 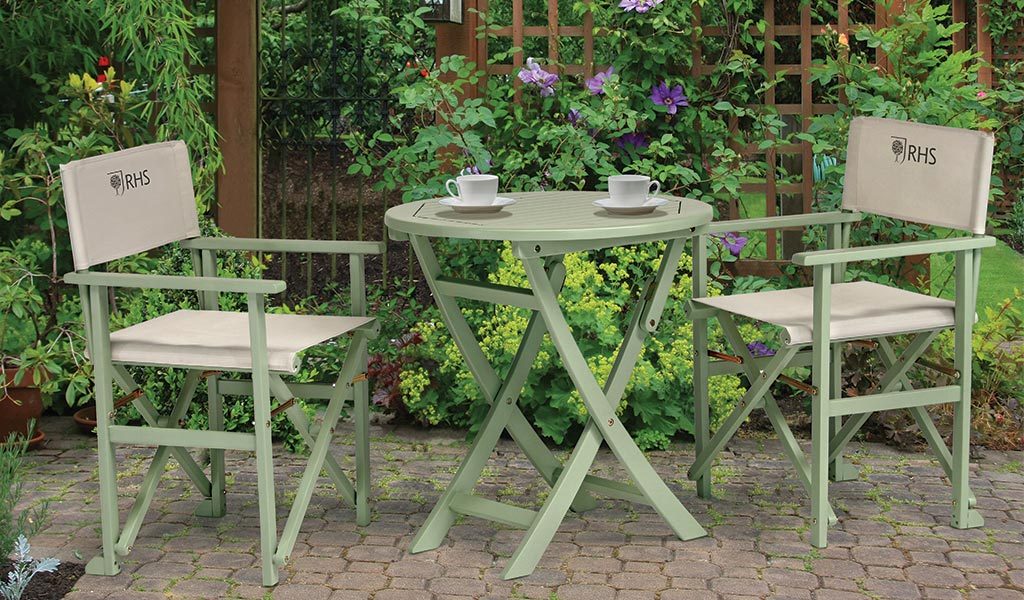 Check your BBQ, cleaning away any old charcoal or grease that may have been missed in the Autumn BBQ clean. Don’t forget to clean the outside of the BBQ too. People respect a good-looking Barbie. 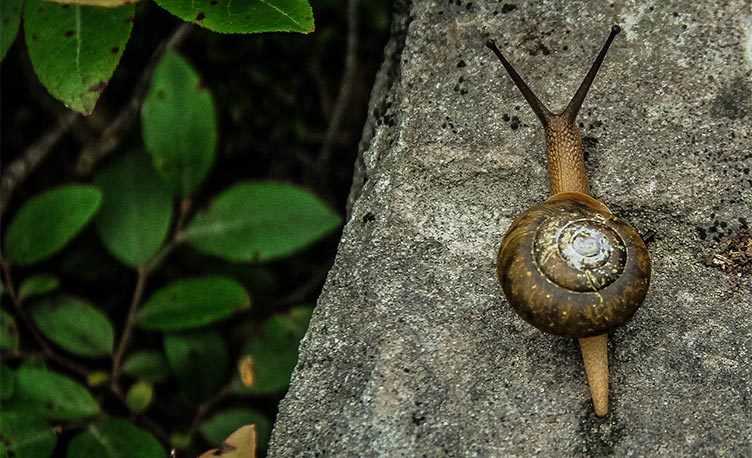 Yes, unfortunately, you may need to get your hands dirty this Easter bank holiday. April is the time when weeds begin to show – remove all unwanted weeds by hand or with a hoe. Smother weeds with mulch or use groundcover fabrics to suppress re-growth and be sure to read the labels If you’re using chemical weed killer.

Slugs and snails arrive in the garden with the April showers and warmer temperatures. Use liquid slug killer or wood ash around your plants. Alternatively, if you own chickens, let them protect your garden.

The Easter weekend is a time for relaxing and enjoying a family barbecue or hosting a garden party. However, these quick and simple gardening tips will have your garden looking great in no time. For more gardening tips for April, take a look at the RHS advice pages. 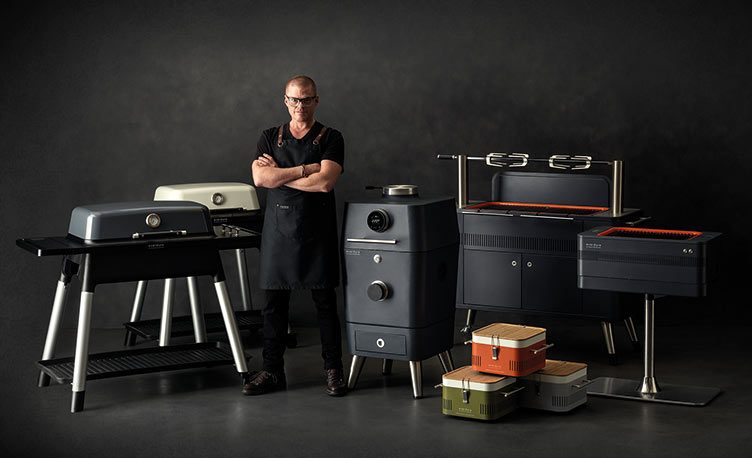 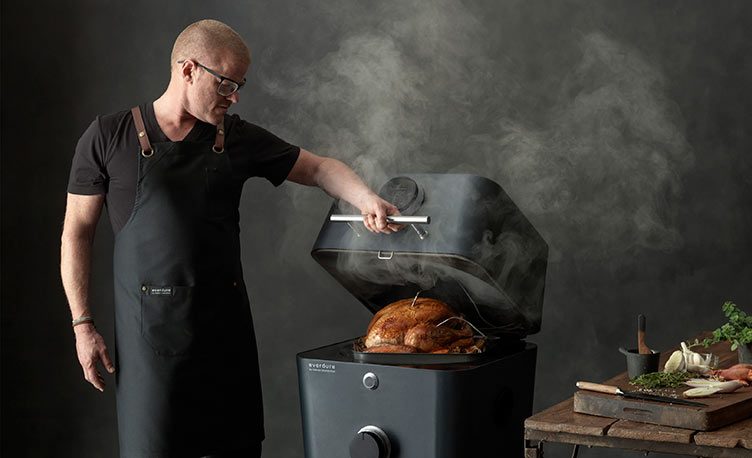 The future of charcoal cooking is here! Unleash your inner chef all year round with the new Everdure by Heston Blumenthal 4K outdoor oven (RRP £1795), the latest addition to the Michelin star chef’s hi-tech range!

Launching this Spring, the show-stopping 4K is the pinnacle of outdoor dining, inspired by the 4000-year tradition of Kamado-style and man-made ceramic clay cooking, it merges the rich history of charcoal taste, with revolutionary 21st century technology.

Kettler is the official distributor Everdure by Heston Blumenthal in the UK and Ireland.

The Prize: Up to 25 winners will be invited to bring one guest with them to a BBQ with Heston Blumenthal at The Sipping Room, 16 Hertsmere Road, West India Quay, London, E14 4AX on Wednesday 10th April from 4pm till 6pm.

How to Enter:  Visit our Facebook Page where our competition post will be pinned at the top from 4pm on Friday 5th April through to 12pm on Monday 8th April 2019.

BBQ enthusiasts can enjoy a two hour meet and greet and exclusive demonstration of the 4K.  Simply comment on our competition post stating why you should win, in no more than 50 words.

Terms & Conditions:  By submitting an entry to this Promotion, entrants agree to be bound by these Terms and Conditions. Entry instructions form part of these Terms and Conditions. The competition will be live from 4pm on Friday 5th April to 12pm on Monday 8th April 2019. Entries submitted with incomplete information, or found to contain invalid information, shall be deemed invalid entries. Entrants are limited to over 18s.  No automated, third party or bulk entries are permitted during the term of the promotion. Multiple entries in breach of this provision will result in those entries being disqualified. Entrants must like Kettler’s Facebook page and comment on Kettler’s competition post stating why in no more than 50 words they should win.  Kettler will select up to 25 of the best qualifying responses based on those that demonstrate a passion for outdoor cooking and a genuine interest in the Everdure 4K BBQ.  Entrants will be required to attend the meet and greet event with Heston Blumenthal on Wednesday 10th April from 4pm to 6pm.  Each winner may bring one

guest aged 18 or over. All entrants will be required to arrange their own transport to and from the event, and cover their own expenses. Up to 25 winners will be announced on Monday 8th April at 4pm via Facebook. The Promoter’s decision is final.  The Promoter reserves the right to cancel, amend, terminate or temporarily suspend this Promotion at any time with no liability to any entrant or any third party. The Promoter and its associated agencies and companies accept no liability for any loss, expense or damage which is suffered or sustained (whether or not arising from any person’s negligence) in connection with the Promotion and/or prizes, other than such liability that cannot be excluded by law including death or personal injury caused by negligence, where liability shall be limited to the minimum permissible by law.  If there are reasonable grounds to believe that there has been a breach of these Terms and Conditions by an entrant, The Promoter may, at its sole discretion invalidate the relevant entry and disqualify the entrant from the Promotion, irrespective of the stage in the Promotion reached.  The Promoter’s decision in all matters relating to the Promotion is final and binding and no correspondence will be entered into. The prize is non-transferable and no cash alternative will be offered.  Entrants hereby release Facebook of all liability that can be excluded under English law. This Promotion is in no way sponsored, endorsed or administered by, or associated with, Facebook. The promoter of this competition is Kettler Garden Furniture, Merse Rd, Redditch B98 9HL. 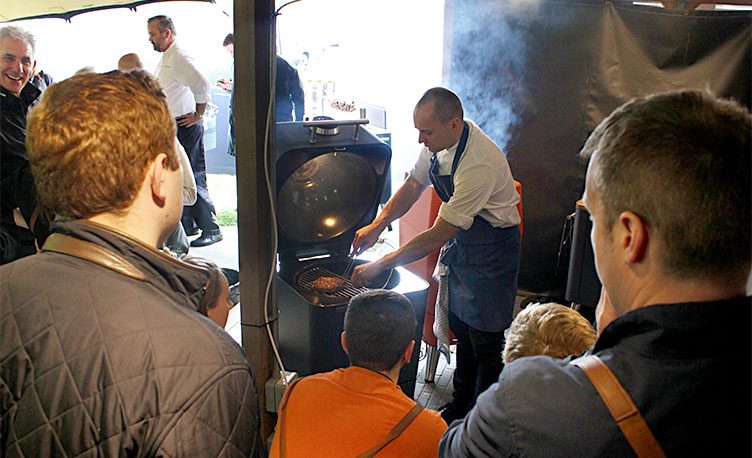 In March, we began celebrations for the Everdure by Heston Blumenthal 2019 BBQ range. We held a training event for retailers from across the UK, including staff from garden centres and John Lewis stores. The day of cooking, learning and eating took place at The Crown in Bray, Heston Blumenthal’s very own gastropub. 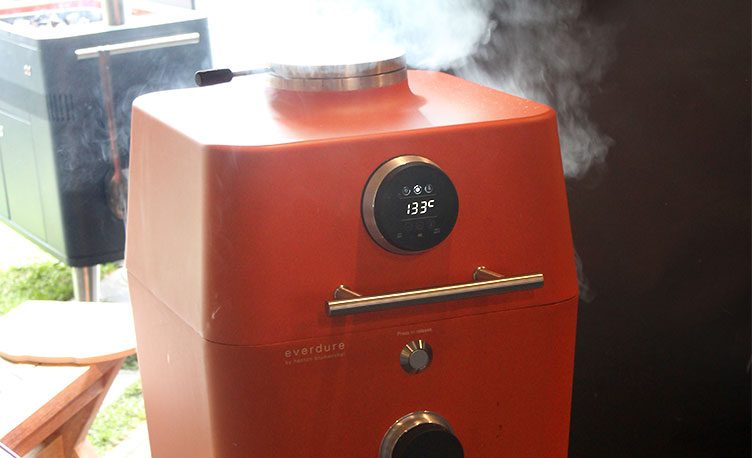 Guests were introduced to the new 4K charcoal BBQ and shown the outdoor oven in action. Top chefs from The Fat Duck Group fired up the BBQ and cooked low and slow pastrami as well as pork ribs over charcoal. 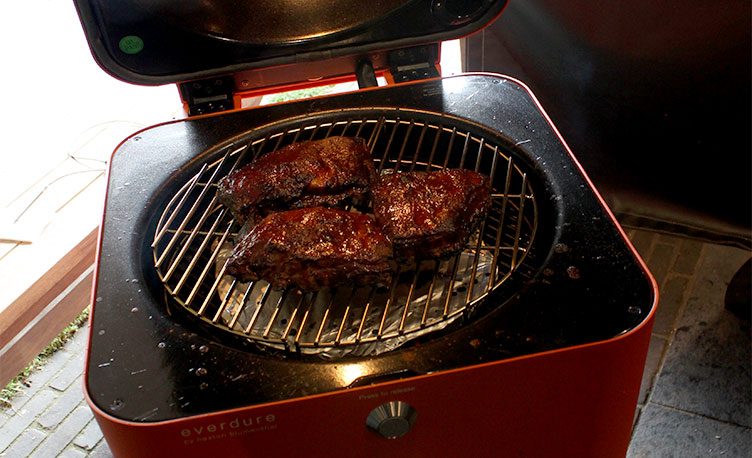 Attendees received a hands-on cooking experience on the Fusion charcoal BBQs. Chicken wings were cooked in the Rotisserie Cage from the BBQ accessories range. Grilled Sweetcorn was a vegetarian option, grilled with a paprika butter. 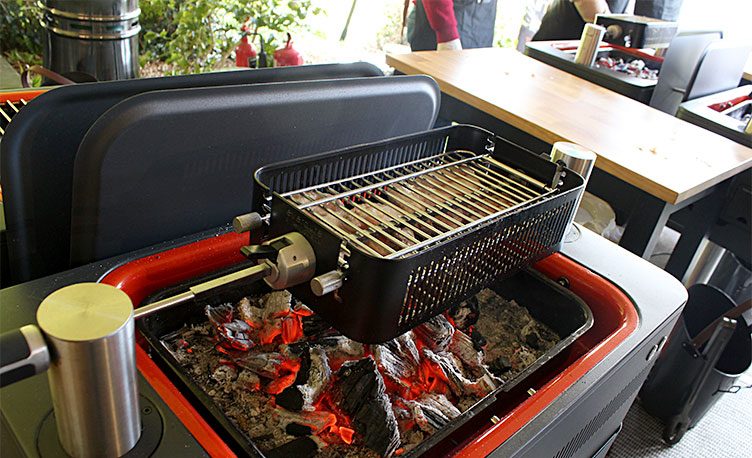 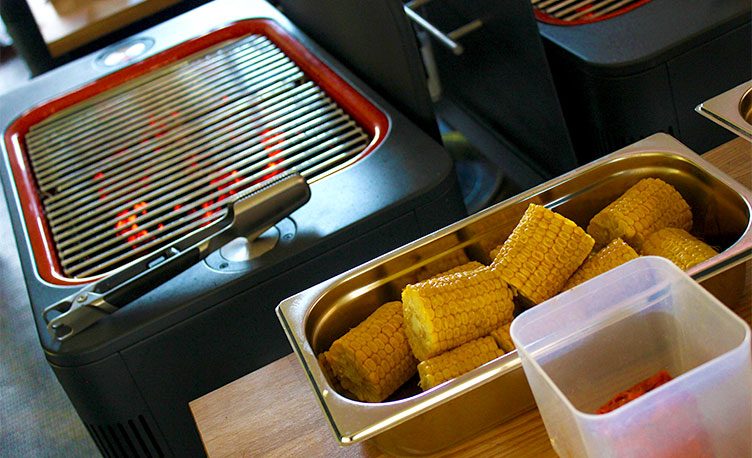 Each training event kicked off with marshmallows and pastries cooked over the portable Cube charcoal BBQ. Elsewhere on the day, guests cooked a Banana Split on a gas BBQ, with ice cream, a caramel ganache and bacon. 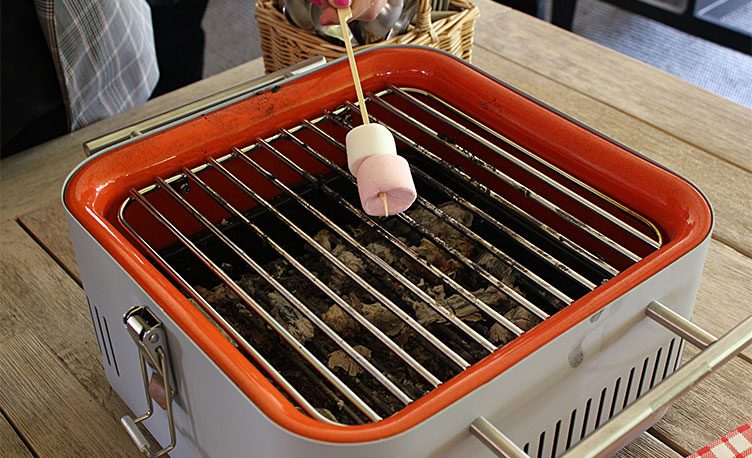 Our training days were the first of many Everdure by Heston events coming in 2019. We will be hosting an official UK launch event for the 4K BBQ. Also this summer, our teams will be touring with Heston’s BBQ’s, giving cooking tips, free food, and great savings in garden centres across England. 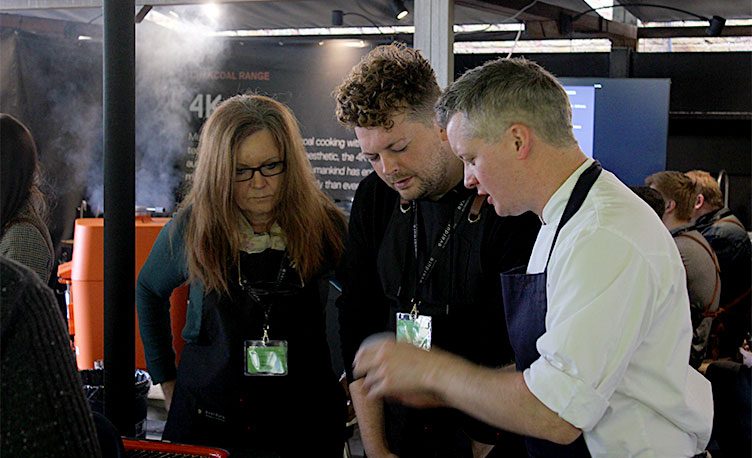 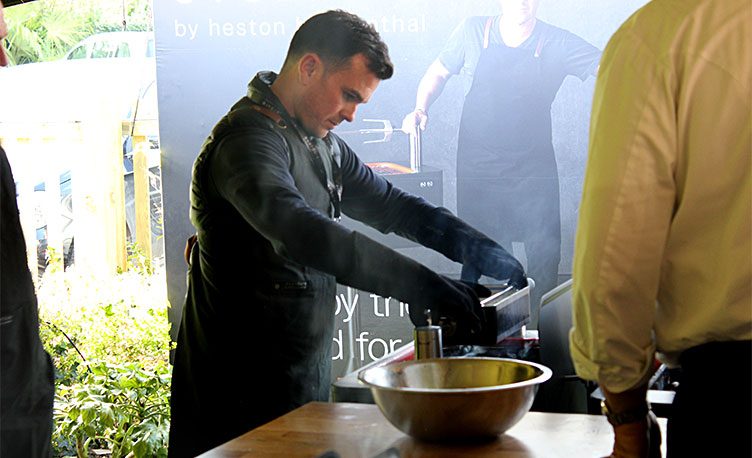 Visit the Everdure website for recipe ideas from Heston Blumenthal and his team of chefs. Discover more about the new 4K BBQ and find your local retailer here.